It’s been 6 months since I first discovered Mr. Armitage. I have written about my Armitage love HERE and HERE, among others. I was hit hard after the second viewing of The Hobbit : AUJ. I literally thought of very little outside of daily existence other than Mr. A. I imagined meeting him everywhere I went – on my way to work, at the theater, walking anywhere in NYC. Well, that part is over.

Six months later I don’t think I’ll ever meet Mr. A., unless it’s at a convention or another event where he is booked to appear. I no longer think about meeting him on the streets of NYC. (Although I do get a thrill walking by his supposed new residence in NYC when I have to go by each week.) 😀

I was telling my friend on the phone the other day that I’m not as obsessed as I was about RA, but then had to admit that I had Tumblr on my laptop and Robin Hood on the tv. Well,  perhaps that’s not QUITE true…. 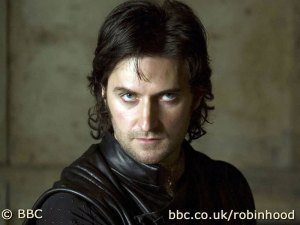 Sir Guy appears to think I’m not being truthful…

OK, so I guess I am still pretty obsessed with Mr. Armitage, 6 months after my first infatuation. What I’m trying to say is that I am more realistic in my admiration. I really was convinced when I first found him that I would shortly be meeting him somehow, because how could you like someone that much and not know them personally? LOL! I was basing a lot of my feelings on my experiences with Hugh Jackman, who, when I obsessed over him was in a Broadway play so I could see him in person whenever I went to the theater!  Well, that’s not happening with Richard Armitage!!

I started this blog in March, so that’s 5 months ago. In that amount of time I have learned a lot about blogging, had fun writing (which does not come naturally to me), and have enjoyed the feedback from readers. My blog gets over 100 hits a day, which is pretty amazing to me. When I had a blog that wasn’t a fan blog it got maybe one hit a month! LOL! I’ve also learned Twitter and Tumblr and Pinterest. Which puts me WAY ahead of all of my friends, who barely can send email! 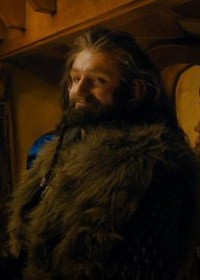 I am so happy for all the wonderful people I’ve met through all the social media, and am in awe of so many for their creativity and talent. So all in all, 6 months time well spent!

Has your love of Armitage changed over time??

Thanks to RichardArmitageNet.com for the photos.

21 Responses to Armitagemania 6 Months In